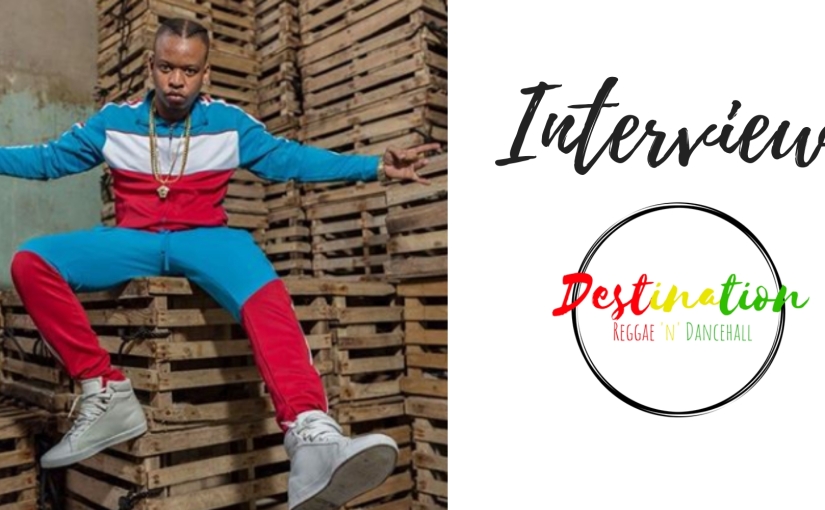 Dancehall deejay Chase Cross is Mavado’s cousin and has been a member of Mavado’s ‘Gullyside’ camp for several years, having been around Mavado since his days in The Alliance under the tutelage of Bounty Killer. Chase Cross is definitely not a new comer to the scene.

In 2018, Chase Cross has looked to cement his own legacy in the music industry after many years spent under Mavado’s guidance.

In July, Chase Cross launched his ‘Gully Ting’ EP, the launch party for which was held in New York. He has since released the video for the lead single on the project ‘Satisfied’ which dropped on the 10th of October.

Today we had the pleasure of having a conversation with Chase Cross, asking him some questions about his career so far, his famous cousin and his future in the music industry.

What was it like being under the tutelage of Mavado, what is one piece of advice he has given you that really stands out?

Chase Cross- ” Well you already know it’s not easy, the level which Mavado is at, the level of expectation, we just have to keep focused and put in the work. The people love him,  so it was a privilege and a honour, it was a great opportunity.

Being in the music scene so long, what is the number one thing you’ve learnt that will help in on the way forward?

Chase Cross- “The One the thing that I have learned is to be focused. Don’t watch the criticism and do your work. In this music business there is a lot of critics, just do your work, don’t watch the negative, just take the positive”

What are your personal favourite songs on the Gully Ting EP?

Chase Cross- “My Personal favourite song would have to be ‘Real and True’. ‘Satisfied’  is about the relationship between me and my baby mother. ‘Real and True’ is about when I make it and I what tell the g-dem, I give the youths insurance,I  will not turn my back, I will be the best person I can be.

I will always listen to it to keep me motivated and grounded, always remain focused, don’t let the hype get to me”

Which artists, other than Mavado, would you most like to collaborate with?

Chase Cross- “DMX, the living artist that I’d most like to do a song with

Bob Marley and 2 Pac, would love to be in the studio with them and see how they worked, but obviously that can’t happen”

What are the highlights of your career so far?

Chase Cross- ” There have been so many points, one of the best points is the success of the ‘Better Days’ song. One of the others is releasing the EP. They are two different sides, ‘Better Days’ was when I was mainly rapping when I was coming up. The release of Gully Ting was a new chapter and new beginning, more comfortable, more into it, more relaxed and more experienced

Another was the EP party, the artists and the producers showed support, was a great feeling”

What is your favourite song by your cousin, Mavado?

Chase Cross- “So many favourites”

If you are asking why I just put the song in the description it would be because Chase Cross sung the song down the phone to me, instead of giving just the title.

How would you describe your style to someone that hasn’t heard your music?

What’s one thing that you’d like everyone to know about you, that they don’t know already ?

Chase Cross “A part from music, my next love is football. When the women’s national team reach the World Cup. The country was delighted. Reggae Girlz all the way”

Who are the greatest reggae and dancehall artists of all time?

As for best dancehall artist, I would say Bounty Killer. When Mavado was in The Alliance we were always around the deejay performing. We just watch the deejay, him tell us about the past and how he came up, you look,  you listen and you learn. A lot of things him say rub off on me”.

Talking to Chase Cross was an amazing experience, Chase Cross is an artist that has been close to some of the most influential moments in recent dancehall, having been pivotal in the come up of his cousin Mavado, experiencing life in The Alliance, which spawned artists like Vybz Kartel, Mavado and Elephant Man. Chase Cross is now attempting to cement his own position in dancehall, listening to the ‘Gully Ting’ EP, he clearly has a lot of promise and has learnt a lot from being around some of the most influential artists in recent memory.